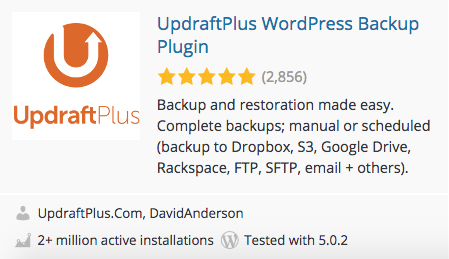 A huge thank you to all our users – you’ve given us reason to be jolly by helping us reach 2 million active installs this morning!

We’re thrilled at reaching this milestone. All across the globe, 2,000,000 WordPress sites are now trusting UpdraftPlus for backups. 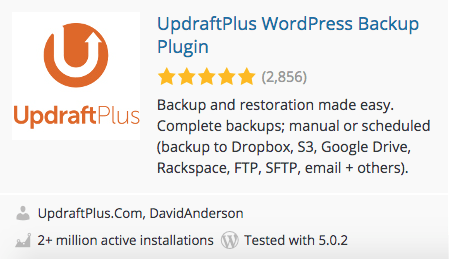 Perhaps we’re biased, but we can hardly blame them. We work hard to ensure that UpdraftPlus is not only far-reaching in its functionality, but also simple to use. All the time, we’re improving and developing it, to give you the best possible user experience; quality is everything.

We’ve come a long way in a short time, growing at nearly 3000 new websites using us every day this year:

• In July 2015, UpdraftPlus reached half a million active installs and was rated #28 of the most-installed plugins.
• Last January, it attained the million active-user milestone, with its rating increasing to #22.
• Less than a year later, we have doubled our userbase, with our rating climbing up to #16. Exclude plugins not owned or promoted as feature plugins by Automattic, and we’re #11.
• This all means you’ve made us the 6th most installed 5* rated plugin in the world.

Obviously, we only have you to thank for this achievement. We’re extremely grateful to you for choosing UpdraftPlus.

Thank you so much!